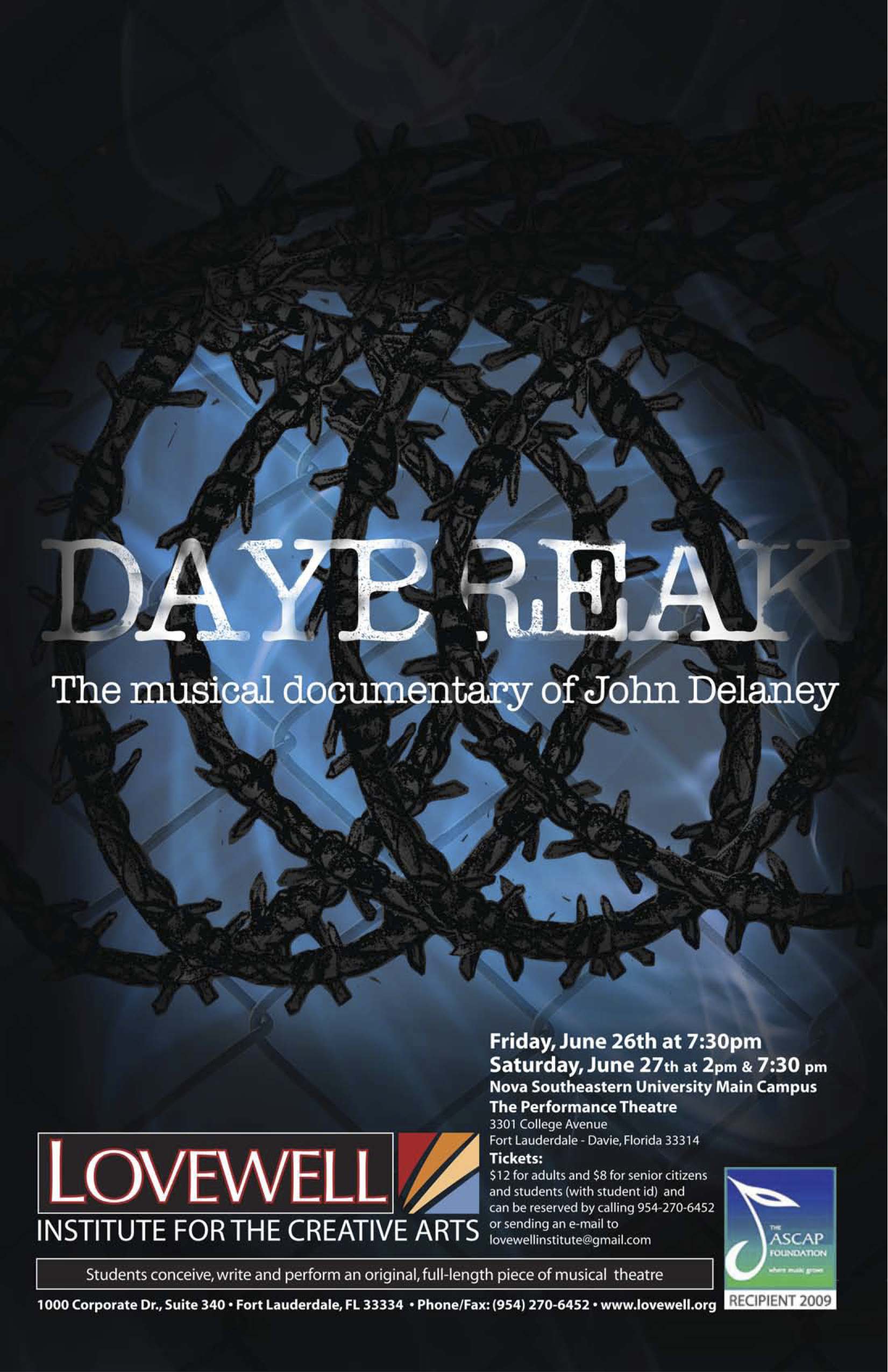 DAYBREAK: The Musical Documentary of John Delaney
Fort Lauderdale, Florida Teen Session One (2009)
Made possible by the generosity of Nova Southeastern University and the ASCAP Foundation

John Delaney has made a terrible mistake and has been serving his sentence for the last 12 years. Today is the final day of his sentence, but he is not being set free. What will happen to him?

As a documentary of John Delaney’s life is being filmed, see the prisoners surrounding him, what is going through his mind, how his mistake has effected so many other people and the long struggle to forgive. The story unfolds through haunting melodies and emotional interviews and there is humor found through the eyes of the other prisoners who all have become larger than life in John’s mind.

Written by the Students and Staff of Lovewell Institute for the Creative Arts June 8-28, 2009- Ft. Lauderdale, Florida

Purchase the song “We’re Still Here” from Daybreak from the Lovewell Songbook on iTunes.